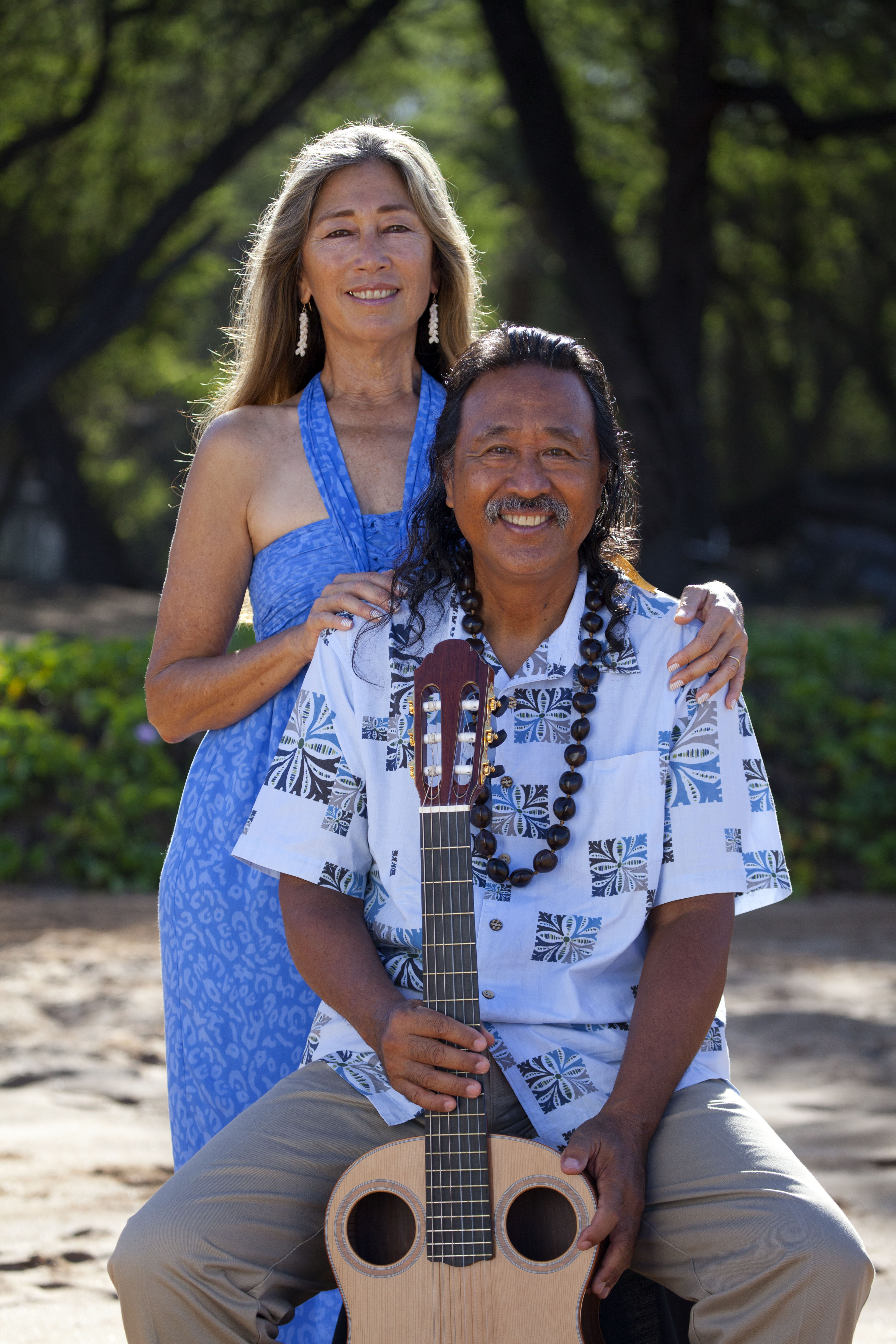 Geri and his wife Verdine.

Geri is a member of the Maui slack key guitar bands Kani Kahiko, Maui Jam, and the Kīkā Kila Band. He plays at slack key and steel guitar concerts, hula shows, lu`aus, and island style gatherings on Maui. He also tours in the U.S. and Japan, bringing the sound of the steel guitar to shores far away.

Geri has recorded the following steel guitar instrumental CD's: Ho`okani Pila; Lap Steel Harmony; Breath of Steel; Kīkā Kila; and the Art of Steel. He has also recorded for various artists on Maui.

Geri is the musical host for a live weekly radio show called "Hawaiian Steel". The Program is dedicated to Kīkā Kila, its music, and its great players from the past to the present. It is broadcasted every Tuesday from 5:00 pm to 8:00 pm on Mana`o Radio, Wailuku, Maui, Hawai`i, KMNO, 91.7FM. You can catch it on the air, or streaming live at www.manaoradio.com. Past programs can also be heard on the website archives.

Geri is a student of steel guitar master Jerry Byrd. He plays the pre-war Rickenbacher A22 frypan model in the A6 tuning. His favorite steel guitarists include Andy Iona, Dick McIntire, David "Feet" Rogers, Tommy Castro, and Gabby Pahinui.